Welcome to Affrodive! Enjoy 20% Discount Off All Products by using the CODE ‘SAVE20’. Happy Shopping!

Adinkra translates as  "a name that sends a message" Adin means "Name" and Kra means "send a message", "send a greeting", "farewell" or "goodbye".

The Adinkra symbols express various themes, proverbs, concepts or aphorisms that relate to the history and beliefs of the Akan people from the Ashanti kingdom. Each symbol has a proverbial meaning that sends a message and serve as guidance to the people. Hence, people would create patterns using different kinds of symbols to relay messages.

These patterns are printed on white cotton cloths using carved calabash stamps and vegetable-based dye (boiling the bark of the Baidie tree to become the dye). 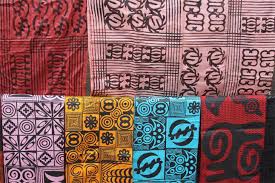 Traditionally, the Adinkra were made for and only worn by royalty and spiritual leaders for funeral rites and other very special occasions. Nowadays, Adinkra can be used by everyone and for a variety of things such as special occasions, pottery, decorations, spirituality, guidance, logos, etc, based on the meaning and purpose.

Below are some Adinkra symbols and their meanings.